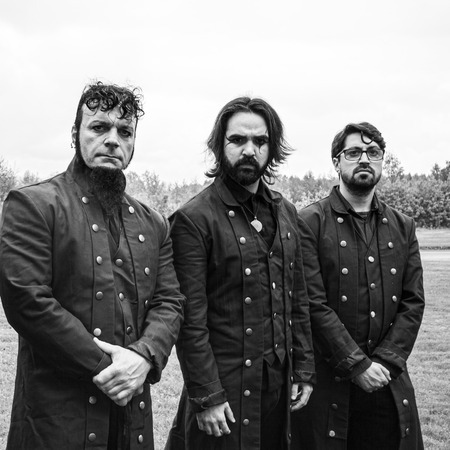 Yeah, didn’t take you guys too long to fire up the engines and release the second album. Welcome back!

Râhoola: "Thank you Yngve & HeavyMetalNo for this space and yes! We are glad to be back ;)."

When the debut was released, how much work was done for this second album? Did it overlap in any way? Is the music written within the same time frames, or did you start blank?

Jake: "There wasn’t overlap with The Self-Aware Frequency, in terms of writing & recording the new music. We started fresh. The new material was written after TSAF was complete, but before the album was officially released in October 2020. The earliest track dates back to 2019, which is crazy to think about!"

Râhoola: "This new album was a tough baby that took longer to be born! Far more revisions and work went behind this one than the debut, to give you The work was done with the same momentum we kept from VA1, however it was done with a more experimental focus. The only overlap that happened between both albums was regarding the artwork and physical design of the debut while creating/producing music/lyrics for the sophomore. However, this overlap was important because this struggle of creating and perfecting the visual design of The Self-Aware Frequency created a feedback loop of stress and anguish that eventually leaked into the darker aspects of Revelations of the Mother Harlot ‘s interpretation, lyrics & concept."

How has the debut been treated? Is it just cruising on the top scores? Or were any of the reviews, feedback from the people buying the album, in any way negative?

Jake: "Reviews were mixed, but fairly honest and constructive. For the most part, they ranged from best album ever! to I appreciate what you’re doing, but it’s not for me. There were one or two flat out bad reviews that weren’t constructive. Those are fun to read though. We understand that we put ourselves in a very polarized musical niche."

Lyrically and, if at all, conceptually, is this new album tied to the debut? If not, what is/are the topic(s) for the lyrics?

Râhoola: "The Vitam Aeternam lore coexists in one unified world, however the only (apparent) conceptual connection between our debut TSAF and our new album ROTMH is the recurrent themes of divinity and the cycle of life, death & eternal rebirth. The approach however is very different between them.

For Revelations of the Mother Harlot, after one particularly emotional, and visually-striking dream that I had regarding a disembodied voice speaking of The resurgence of the Virgin/Whore, I decided to jump head first into the rabbit’s hole. Started by researching some biblical symbols within the Book of Revelations, such as The scarlet woman riding a beast with 7 heads: Babylon, Mother of all Abominations on Earth. While dwelling into this figure, I played with a syncretism that mapped out equivalences with other historic divine femenine figures such as: (Egypt’s) Isis, (Messopotamian/Babylonian) Innana/Ishtar, (Greek’s) Gaia, and also modern ones such as (Crowley’s) Babalon, (Moore’s) Promethea etc.

I also gravitated towards a kind of expression that exudes the suffocating, tortuous atmosphere within the ethos of Christianity, the recurring
motifs of guilt, sin, suffering, redemption, piety, atonement are present throughout the lyrics.

Other spiritual concepts such as the Tibetan Buddhists’ Bardo Thodol (Book of the Dead) were also explored, once again in a syncretic, playful manner. I sought after a balanced combination of portraying the darkness and the light within our religious history which is tied to the evolution of our consciousness as a human species, and the result of this overlap of beliefs, symbols, intuitions, desires, plus a personal search for catharsis over a recent loss, gave birth to this strange form of Art."

The modern elements used, where do you get the inspiration? Any specific artists, or style?   ‘Cause it hints of both some hip-hop (I’m not too familiar with this kind of music if this is a wrong  term) and extreme metal.

J: "Musically, we leaned into a lot of the same influences as TSAF (Devil Doll, Ulver, Nine Inch Nails, Mr. Bungle, Leprous, Vulture Industries, Arcturus, Devin Townsend, Pain of Salvation, Danny Elfman, etc.). We joke that the rap section of Promethea is Râhoola doing his best Daniel Gildenlow impression, so I guess that was the inspiration for that part.

In terms of the extreme metal influences on the album, that was André channeling his Norwegian Black Metal roots. That was a lot of fun to incorporate."

Guests, we need to address this. How would this album sound if you hadn’t secured the services of the guests? Would you manage to glue this album together on your own? Were the guests needed is what I’m asking, or is it just the way you work, as a collective?

J: "Honestly, it would sound fairly similar. We would just have to fill in some of the layers ourselves. Having guests is a fun way for us to collaborate and share this experience with more people. This project is all about sharing the love of music and collaborating with musicians from around the world. The guests make the creation process more fun and more rewarding overall."

And some of the guests are very familiar to me, Bor Zuljan and Janez Hace from Devil Doll, Bjørnar from Vulture Industries (a band trying to create a similar style music and loves Devil Doll), Einar from Leprous, Anders Haave (former Blood Red throne drummer) and Tjodalv on drums. How did you know these people? Or did you contact them because of their musical abilities alone?

And which of the guests coloured the album the most? Who left the strongest mark? Not allowed  to say all, haha.

J: "This is a really tough question. The musicians who made the biggest impact on the album as a whole would be Bor Zuljan, Jani Hace, and Raphael Weinroth-Browne. Their contributions span across multiple tracks and they add a lot of their personality to their performance which enhances the atmosphere of the whole album.

In terms of individual highlights, Hasard’s orchestration on Promethea might be my favorite moment on the album. His style blends perfectly with our style, but he approaches things differently than we do in terms of orchestration.

Diego Tejeida’s contributions are also outstanding. His playing on Bardo Thodol is so atmospheric and moody. In addition, he composed an epilogue track for us that gives me the chills. That will see the light of day when the LP is released.

On an emotional & personal level, Bjørnar’s contribution really came through at the right time. Things were really dark with the beginning stages of the pandemic and we were kind of on hold with this material. I had been reaching out to him on-and-off since we started the project to try to get him involved. It felt great to get a note back from him and then his vocal tracks for Sick & Pious. It elevated the mood and injected new life into the process. We’re really grateful for that.

Finally, it’s hard not to mention Einar. He is one of my favorite vocalists and it was an honor to get him on the closing track.

Everyone else is great too, but the ones listed above hit on a more personal level."

From your view, where are the strongest differences on these two albums? I can hear both similarities and differences, but the foundation is pretty much the same.

J: "I think the strongest difference is the incorporation of more organic instruments. The first album was mainly electronic/digital. This album incorporates real drums, more guitars, bass, cello, accordion, etc. It makes everything sound more alive and grander in scale. This album is also
more experimental and colorful than TSAF."

How was it recorded, produced, was it like last time? Or did you approach the process and situations differently?

J: "The process was pretty much the same. The major difference is that we started this album as a band. The first album saw us form the band and discover our sound while we were putting things together. For example, Coward and Human were written before André formally joined. This time around, we already knew how to work with each other. We knew which processes worked best. That made it easier for us to approach this with a unified vision."

When the debut was recorded, I guess it was pre pandemic? Were there any problems regarding this situation on the new one?

J: "Since we write and record remotely, nothing really changed in terms of how we put the album together. The pandemic may have opened the door for us to work with more guests than we would have pre-pandemic. The pandemic did influence some of the claustrophobic atmosphere on the album."

My complaint is that the album is too short, as it was last time as well. Thoughts? I know you guys probably have had this discussion, as Devil Doll is an inspiration, but come on, this kind of music is made for longer stretches :).

J: "Personally, I feel like this style of music is better in small doses so you can really dive in and revisit without it feeling like a chore. I’d rather people ask for more than feel like it’s too much. As a music listener, I find myself gravitating towards shorter albums."

The economy today is a bit strained for many people, lps are expensive, but I really applaud the Crime way, the let’s go all the way and make it special editions. That must be a real treat for you guys? To work with a label so into high quality?

J: Absolutely. They’re great and we love that they want everything to be as premium as possible. These CDs and LPs will be gorgeous."

All the best in the future, l and hopefully Vitam and Heavymetal.no will meet again :).

Râhoola: "Once again thank YOU and yes, I’m sure this won’t be our last meeting 👽." 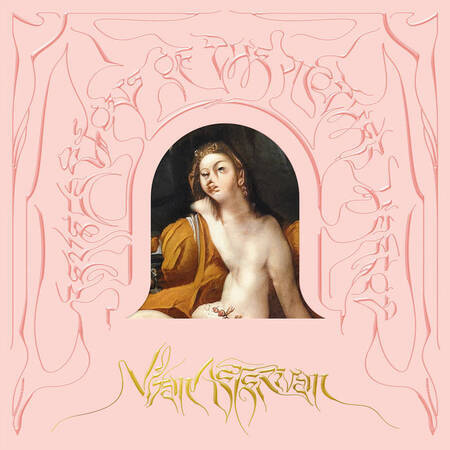