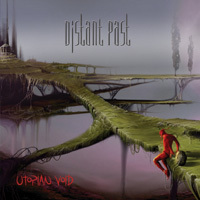 I reviewed your new album, I was impressed and decided to hook you up for an interview. Then I discovered the link til Emerald. I ran an interview with Emerald as well, back when, and though I haven't access to the old server as of now, I red through the questions - seems like you guys stayed metal :) What happended? Why did Emerald dissapear?

"Emerald did not dissapear, we restarted with an all new line-up in 2009; new Singer + new guitarist. But after 2 albums (Reforged + Unleashed) and one tour, both left us. (Tom now sings for Gloryhammer). We’re in the process of rebuilding the band now. In the meantime I contacted the former Emerald singer Jvo and we decieded to try some of my new songs and as of now the is the lead singer of Distant Past."

I got the impression this was a private release, and that Pure Steel just had the distribution, is this correct?

"Yes, that is correct. Pure Steel is the record label of Emerald. I am very thankful for the opportunity Distant Past got, to get their support on distribution. As Distant Past started out as my project I handle all the recordings myself, only the mixing and mastering were done in another studio, the one of Swiss-metal legend VO Pulver (Poltergeist, Gurd)."

Progressive Us-metal, I like! Name your absolute favourite bands within this style:

"Of course my friends of Helstar (we toured with them in 2012), great to hear Baptized in Blood every night. Apart from that Queensryche, Watchtower and Fates Warning come to mind, but these 3 bands were not a great influence. US-Metal like Lizzy Borden, Omen and Metal Church were bigger Influences, as well as US-Thrash Bands like Heathen, Exodus and Death Angel. And Mortal Sin from Australia, a major influence for me in this style. And CIA, who remembers CIA?"

What bands are responsible for the members of Distant Past to pick the metal highway? What bands did you grew up with?

"I grew up with Dio, WASP, Manowar and Maiden. Later I got into Ufo, Heep, Purple, Hawkwind, that sort of stuff. Alain started out with Bad Religion and Motörhead, now he’s into Opeth and Kill Devil Hill. Chris likes Jorn, Annihilator and Areyon. Jvo is into Crüe, White Lion and Helloween. Loves the Panther now !! I remember being very young and listening to Tankard with Alain, It was the hardest thing he discovered at this point!"

This album just got released, but I guess some promotion was carried out ahead - have you received any reviews yet? If so, what do they say?

"We have had over 40 reviews and all of them are very positive. I think we hit a nerve with this album. They like the vibe, the ballsy singer, the song-variety. It’s hard to pinpoint what song is most popular, everybody has their own favorites. We have been absolutely amazed by the love Distant Past recieved."

I love the cover! Bring back a lot of memories from my childhood, albums from Eloy, Magnum...you know, the Rodney Matthews-vibe :) Who did the cover?

"The cover was painted by Tomaz Maronski, who is represented by Rainer Kalwitz. When I first saw the cover I thought of Yes. Another love of mine are progressive 70’s bands. So I knew It wouldn’t fit our sound 100%, but the cover has the same quality like the ones of these band: You can dive into it and be in another world. Our cover gives you a outlandish feeling of Solitude. Marvellous, isn’t it?"

Yes, indeed! Check out some of Thomas' work HERE.

And lets dive into the band name and title, what is behind the choice of your name and the album title, 'Utopian Void' - kind of scifi? :) 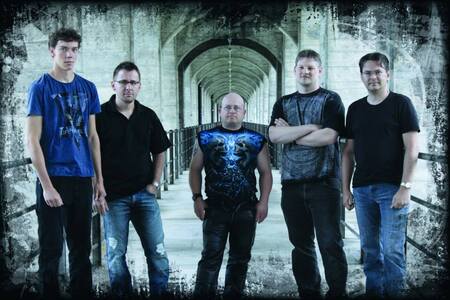 "For most people, the bands I listen to, are old, like from another age. But it’s only 40 years ago….When the first ancient astronauts reached our planet (we’re already in full scifi-mode), and build the pyramids, it was a long time ago. In both ways the name fits. Most songs are about conspiracies, extraterrestials, the mysteries of the Bible…..on this album, we also have songs about World War 1, Ghosts, Emperors of ancient Rome. And there is also one song about failures in life…..

The album titel came about when I first saw the cover. It was too easy to just call it Utopia. What is the dark side of Utopia? Everything is perfect, everybody is happy, but that’s so dull, nothing ever happens. I think it fits the mood of the cover and the general theme of the songs."

Norway, I know, just known for its black bands. But do you know any heavy/progmetal metal bands from Norway?

"I know Jorn is from Norway and Pagan’s Mind come to…mind."

I have to end with the cliche question; whats planned ahead? Any festivals, tours, happenings you want to promote?

"We’re already hard at work at our next album, it will be a concept piece on Milton’s Paradise Lost and Paradise regained. It will incoporate some new twists, as there are some many possible variations on these classical Bible Stories. And it will feature a special guest on vocals."

Thanks a lot! I really appreciate your guys taking time to answer my questions!! Any final words, heres your spot:

"Please check out our music at our homepage , you’ll find links to youtube, spotify, reverbnation. So you can check us out. When you like what you hear, give us a facebook-like and support us by buying the album on cd or download it on i-tunes. Thank you very much for your support. Ikke la dø Metal!

Thanks to you for this interview and the great review, I liked it very much. Your support is highly appreciated."