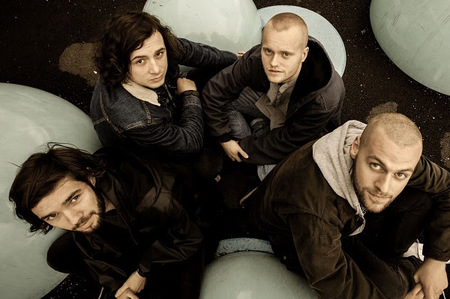 "Bergen-based Karisma Records have announced that they have added another talented young band to their ever growing label. The band in question is Shaman Elephant, who describe their musical style as Psychedelic Rock with elements from other genres such as Jazz and Prog Rock, and who aim to deliver energetic performances both in the studio and on the stage with their heavy riffs, flowing melodies and improvisations.

With a sound influenced by the '70's and drawing inspiration from artists as diverse as Jimi Hendrix, The Mahavishnu Orchestra and Motorpsycho to Steely Dan and Bushman's Revenge, Shaman Elephant's lineup comprises Eirik Sejersted Vognstølen on vocals and guitar, Jard Hole (LINT) on drums, Ole-Andreas Sæbø Jensen on bass, and Jonas Særsten (ex-Tiebreaker) on keyboards.

Shaman Elephant are expecting to enter the studio to record their debut full-length album in the spring of 2016. This will be the follow up to 2015's "More", a three-track EP which was self-released digitally. "

Metal med et glimt i øyet.