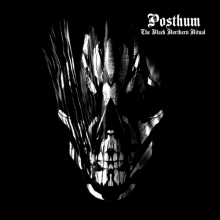 "This new album tears you apart with the opening Demon Black Skies. Jon`s voice is more aggressive, the guitars more up front and drums has a more thrashy approach than ever before. This new mix is certainly a poisonous blend."

Jon: "I really felt the urge to write something powerful and I wanted to follow up on the themes from our debut. I truly think we`ve awakened the true sound of ourselves after a decade as a band".