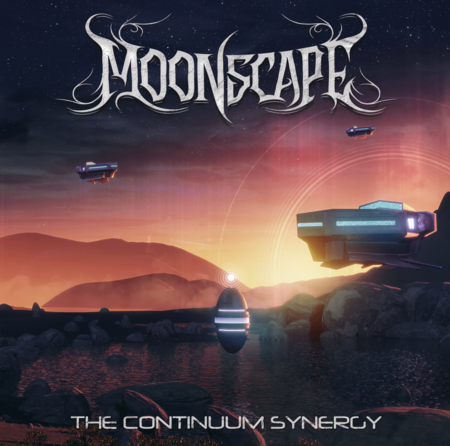 "The album is yet another conceptual one, telling a story that begins in the year 2108. The Earth is dying, and all human life is expected to have perished within the year 2130. After discovering a constellation of seven seemingly habitable planets in the year 2103, and already preparing a possible partial evacuation of Earth, the space exploration agency Global Control launched the supersonic probe GALILEO ALPHA RM - 1, three years later, Its mission is to collect and transmit data about each of the seven planets, and to determine if they have adequate conditions for possible human colonization. Their only hope for survival is the RM -1 transmitting data about the seven planets being habitable, but the mission seems to have failed when Global Control lose conta ct with the probe in 2115.

Back on Earth, in Global Control’s headquarters, sits the theoretical physicist Edward Nolan. Formerly a Professor in Science and Psychology at the New Earth Institute of Science and Physics, but he was dismissed from his position due to his radical thinking and somewhat dangerous theories. An avid Nostradamus aficionado, he is convinvced that Nostradamus not only could see the future, but also managed to travel time, albeit merely on a conscious and spiritual level.

After having found a document with a formula supposedly penned by Nostradamus himself during his alchemy studies, Edward believes it is the formula to a chemical stimulant that could enhance the brain’s abilities upon exposure, and that Nostradamus might have been inf luenced by the compound whilst having his visions. Edward wanted to reproduce the compound in the institute’s pharmaceutical laboratory, but his request was instantly denied, and his employment was discontinued. In 2115, when Global Control lose their con nection with the RM - 1, Edward is allowed to resume his work in the institute’s facilities, which was abandoned after the world learning about its inevitable demise in 2108. If his theories are correct, he should be able to leave a message somewhere in the past, and warn them about the Earth’s demise, or...?"