Bandet: "It's an undying, classic kickass song, plain and simple. We have had this idea for quite a while, when we got offered to record a song in the States while touring.

We kinda found the approach on how to do it within half an hour, and had a 20 sec taped idea when we headed to the States on tour. We recorded it live in a studio with a few members of Wizzerd on various guest appearances, but we wanted to make it even heavier, and decided to record it as a single back here in Norway. The experience with Wizzerd and that old school analogue studio in the California desert kinda set the mood for it, and we will forever cherish those days at Codys house and his family in Visalia. The song is Cocaine, but it feels and sounds like a Kal-El tune now!" 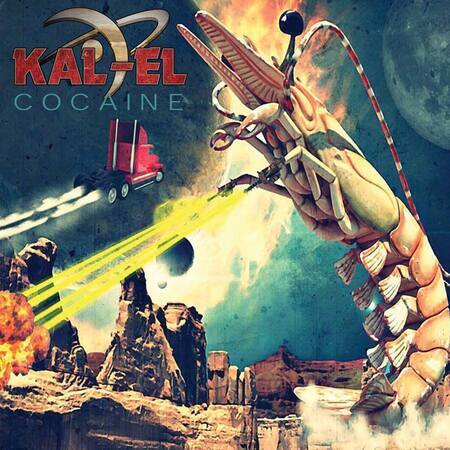