Sakset fra Facebook: "The end of the By Norse event is also the moment we chose to announce that our keyboard player Herbrand Larsen took the decision to leave Enslaved."

Grutle Kjellson: "Friends of Enslaved, brothers and sisters! Nothing lasts forever, and we have something to announce. Our keyboardist and vocalist for the last 13 years, Herbrand Larsen, is leaving the band. There is no drama in connection with his departure, it was entirely his own decision, and we part ways as friends and with no bad blood in between us."

Herbrand Larsen: "After 13 years of being a part of this amazing band it saddens me to say that I will be leaving Enslaved. It was not an easy decision to come to! I love Enslaved and will always do. There is no drama or anger involved in this. I think we all understand why this is the best decision both for me and the band." 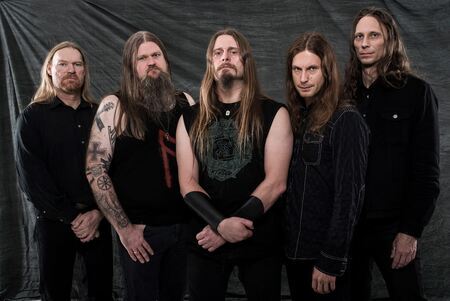