Live interactive virtual music festivals, all you need is internet and a smartphone. 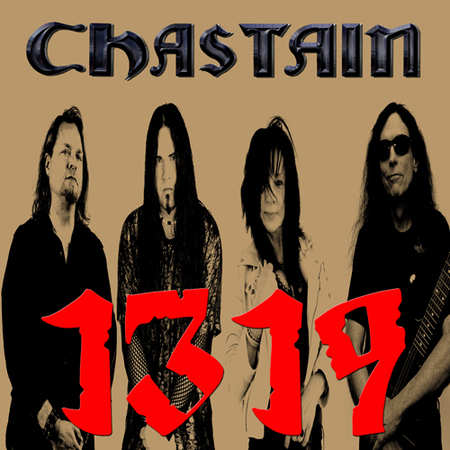 "1319 takes tracks from each of those 5 albums and presents them with different arrangements."

Chastain forteller: "1319 is the album we would have released if we only could have released one album during the Leather Second Generation era. The tracks now are little more listener friendly and more accessible for the first time metal fan who may have never experienced the music before. For long time Chastain fans I believe they will dig the new arrangements."

Det er også gjort plass til en helt ny låt. "The First Attack was originally recorded during the Surrender To No One sessions, but to due to time constraints was not included on the original release."

Og om vår norske skinndasker sier Chastain dette: " Having Stian Kristoffersen in the band really helped bring the music to another level with his more modern influences. He is a monster drummer. Leather has never sounded better and bassist Mike Skimmerhorn can always be counted on to hold up the bottom end.