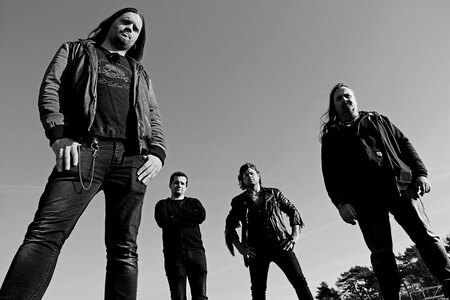 Denne sangen skal være med på en samleskive forteller presseskrivet Fernando@Mighty Music sendte over. "This song is a standalone release, which will be a part of the From The Vaults label compilation Heavy Metal Rock Vol. 1, which will be out exclusively on vinyl in March."

Innspillingen av sangen, som fant sted under en pandemi, var "...a well-placed adrenaline injection for the band who was semi-hibernating due to COVID19 restrictions." Gitarist og vokalist Lars utdyper: "It was indeed a kick in the ass for the band and the whole  process of creating the song was absolutely magic. A song that really represents what we  stand for as a band and we're damn proud of it. The song – and video – really reflects our  frustrations in those dark times both as a band but also as frequent concert and festival  guests and I believe many will identify themselves with the lyrics."